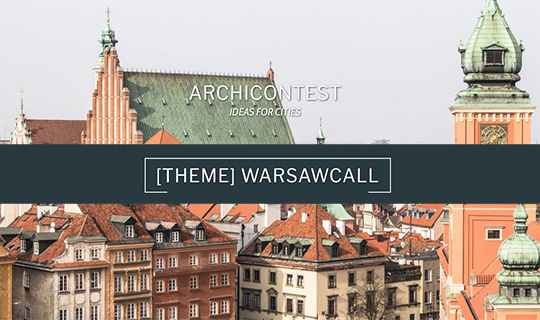 Warsaw was born as a small fishing community to become, during the sixteenth century, the capital of Poland. The colors that characterize the city buildings gave the urban center a considerable reputation which was interrupted following the damage caused by the Second World War. The reconstruction that followed the conflict was so faithful that it gave the area UNESCO protection. The Jewish ghetto still preserves the damaged buildings to testify the period of persecutions; Wilanow palace and Lazienki park return a sense of austerity often celebrated by public concerts with which citizens retrace the noble musical tradition started here by the well-known composer Chopin.

The Warsaw Concert Hall aims to represent a new icon for the city center, an element of significant value that becomes a cultural incubator for the entire local community. The complex will house inside a large concert hall including spaces for events – rehearsal rooms, recording studios, music shops – where young artists will be able to hone their musical knowledge. An important institution for culture which, in harmony with the progressive approach of European capitals, becomes an opportunity for urban regeneration.

The files in digital format must be sent in a single moment, with each title in the alphanumeric code chosen at the discretion of the participants, by 23:59 (Warsaw timeline) on 26thof Julyto the email archicontest@gmail.com; if the files exceed the capacity email you can use WeTransfer service to send its. Following the delivery the file cannot be re–submitted; in this case the participant will be excluded from the contest. This is part of the competition documentation:

–FORM A:Attached to this announcement and to be delivered in.pdf format and complete in each part of its. The form A must be sent both to the payment of the registration fee and to the delivery phase (panel and project report) together with the payment receipt.

–PROJECT PANEL:A digital file format A0 and drawn horizontally. It should be delivered in .jpg format with a resolution not exceeding 150 dpi. Anyone can decide how to draw up their work by inserting the elaborate plans, sections, three–dimensional reconstructions, render etc. The thesis project must contain at the top right an alphanumeric identifier(of 6 units) that each participant will choose freely. EXAMPLE (ARCH01, 1PROG2, LAB123, etc. etc.)

–RELATION OF PROJECT:A folder A4 .word format, minimum 3000 characters and maximum 4000 characters including spaces, format Arial 11, where not inserted images or graphics design. Internally they are described reasons formal and functional characterization of most of the proposal. In the header you must insert the alphanumeric code.