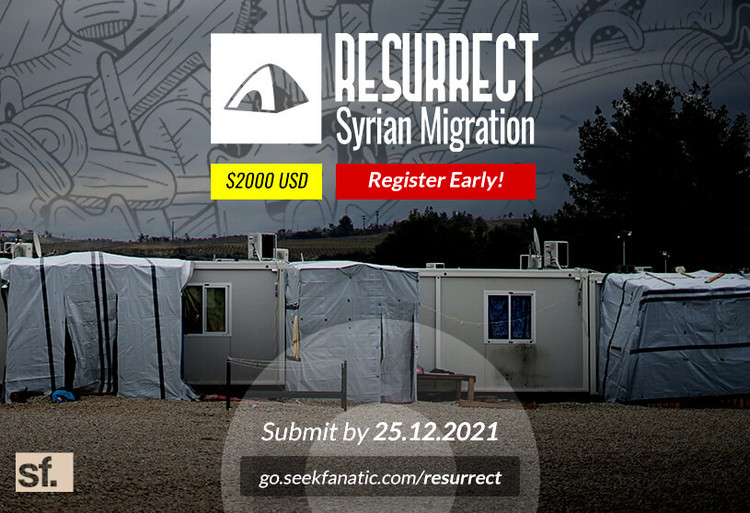 PREMISEDuring the 2010s, the European migrant crisis, also known as the European refugee crisis, saw a substantial rise in the influx of refugees and migrants into Europe. The word is frequently used to allude to the year 2015, when 1.3 million individuals applied for asylum in Europe, the greatest amount since World War II. Syrians (47%), Afghans (21%), and Iraqis were the most prevalent nationalities among those seeking refuge in Europe in 2015. (9%).

Due to a convergence of hostilities in the Middle East, notably in Syria, Afghanistan, and Iraq, Europe began to see an upsurge in refugee admissions in 2010.

The uprooting, entry, and adjustment caused by migration - brings with it a slew of social, political, social, and mental challenges, as well as a slew of misfortunes, starting with dialect and advancing through social, behavioural, devout, and natural shifts to a struggle with one's individual identity.

We need to identify the challenges as soon as possible and find answers as fast as possible!

Refugees and other affected people have the right to appropriate housing, which includes protection from the weather, a place to reside and keep their possessions, as well as privacy, comfort, and emotional security.

The challenge is to design or modulate a 'refugee shelter system' which can either adapt to the provided site or can be adapted anywhere else in the world - with no compromise in the quality of residence provided.

The Rukban camp is located in an isolated and inhospitable border area known as “the berm” where 70,000 Syrians who fled the war arrived in 2016 to enter Jordan. As of now, 10,000 people live under harsh conditions in the area, facing insufficient access to food, clean water, medical care and sanitation.

Rukban is a dry, isolated region near the Syrian border in Jordan's far northeast, close to the country's shared borders with Syria and Iraq. In 2014, the region was designated as a Syrian refugee camp. It's a no-man's land along the demilitarized zone between Jordan and Syria.

The design may be a single modular unit or it could be spread throughout the entire provided site of 360,000 square metres (0.36 square kilometres), which is having a perimeter of 2420 metres.

- 2 x A1 Sheets (one PDF with atleast 150dpi - Max. 20 MB)- A 1-2 min Video explaining your design/concept (content in the video has been left to the participant's consideration)- The final PDF must be named 'team-.pdf' (for example, team-1234.pdf if your team code is 1234) and should be uploaded on Google Drive/Dropbox/OneDrive or any similar online file handler with 'Public Access' setting Enabled (for example, Should be available as 'View Only' within Google Drive)- The final video must be named 'team- - Seek Fanatic Competition #resurrect' and uploaded as an 'Unlisted' video on Youtube (Choose 'Mark as not made for kids' while uploading)- The content in sheets should be free of any plagiarism (except collages and human cutouts in renders) - Submitted content must not include any information which exposes details of the participant or the region the participant resides in- Seek Fanatic logo must be postfixed to the video for 3 seconds with black background (download logo: https://go.seekfanatic.com/logo)- Failing in compliance with any of the above requirements will lead to disqualification of the respected team from the competition, with a notification email to the registered email id of the team leader

Download the information related to this competition here.
https://www.archdaily.com/970308/open-call-resurrect-syrian-migration-refugee-shelter-design-challenge