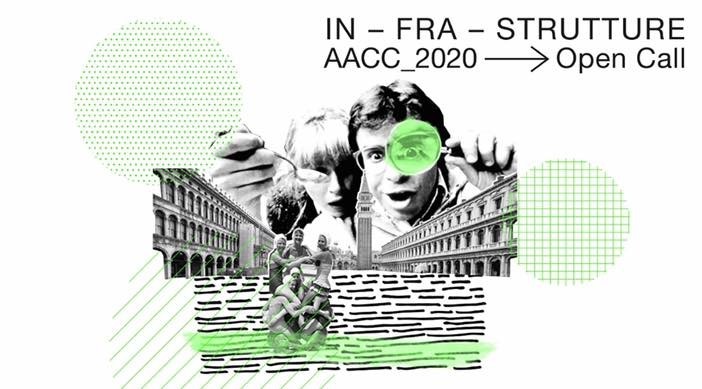 In-Fra-Structures AACC 2020 is a competition of ideas for participation in the XIII Meeting of International Arquitecturas Colectivas.

At that time and in that place everything had been interrupted: the streets, the stories and the relationships. It suddenly became necessary to rethink new INFRA-structures.

Everyone realized that the choices resulting from the emergencies only led to other emergencies: no individual could be enough for himself and the cities, as well as their collective services, were too rigid to respond effectively to the changes taking place. They had unlearning to dream, imagine and act collectively.

A project by Arquitecturas Colectivas: a call for a shared narrative, to build a new imaginary.

Arquitecturas Colectivas is a network of people and collectives that promote the participatory construction of urban territory. Every year, since 2007, the international meeting of Arquitecturas Colectivas has been organized with the aim of expanding the network and consolidating a way of doing cities and neighborhoods for and with people. It is an international reality composed of more than 200 groups, collectives and communities that actively participate in the study and analysis of the territory.

The XIII International Meeting of Arquitecturas Colectivas, characterized by the theme IN - FRA - STRUCTURES, aims to strengthen the path of a theoretical cultural exchange initiated over the last ten years. For the first time, the event will not be held in a city but will have as a meeting place the "digital space". The call-in of this new context is a way to share ideas, projects and visions in order to participate in the XIII International Meeting of Arquitecturas Colectivas.