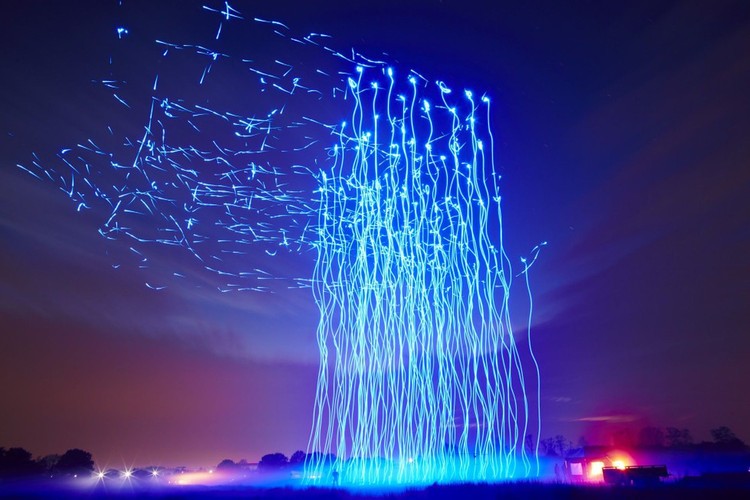 Even if you don’t know what media architecture exactly is, you have probably seen it many times. You may even have interacted with it, which is often the purpose of media architecture. That interaction can range from commonplace activities such as checking the departure sign at a train station, to being immersed in art installations that mix digital technology with layered information. With this omnipresence it is now time to develop a critical outlook on this emerging discipline that is influencing our daily lives, says Martijn de Waal, co-curator of the upcoming Media Architecture Biennale (MAB20) that will take place as an online event from June 28th – July 2nd, 2021.

With the theme Futures Implied the MAB20 wants to open up the debate on how media architects can contribute to better functioning societies. De Waal: “How can media architecture trigger social sustainability and citizen’s digital rights, collective action and new dynamics in public spaces? How can it help to balance between consumption and sustainability and thus stimulating more circular economies?”

A recent media architecture project that clearly represents the theme Futures Implied is Walk Walk Dance by Daily Tous Les Jours, a Montreal-based art and design studio that made original artworks in more than thirty cities around the world. De Waal: “It is a reaction on the Covid-related restrictions in public space, turning everyday routines in a more playful experience. It aims to enchant the post-covid city by connecting people in a smart, safe and playful way.” Walk Walk Dance is a series of interactive music-making lines on the street, changing the way we walk (or wait in a line) into a playful experience. Different colors represent sets of instruments and invite people to dance with the music they triggered.

The Good, The Bad And The UglyMAB20 will not only be a celebration of possible positive examples but also wants to offer a critical view on how digital media can have a negative effect on the livability of cities in terms of control or commodification of public space. As an example, De Waal mentions a plan by the Google-backed company Sidewalk Labs to make Toronto one of the world’s first real smart cities. But as skeptics warned for thousands of cameras monitoring streets, storefronts and parks, and harvesting data on the smallest movements of individuals, the Canadian municipality backed out. “Media architecture should prevent this kind of surveillance capitalism, not enable it. Let’s not forget”, stresses De Waal, “technology is never objective or without value.”But also, creative professionals should be alert on the impact of technology on their discipline. “Architects are complaining that they loose ground to real estate developers, who increasingly decide what will be build. But if architects don’t pay attention, they will lose even more influence to the tech companies.”

“More Than Human”Special attention will be also given to media architecture being “more than human”, says co-organizer Michiel de Lange. “As our planet is rapidly urbanizing, nature has become encapsulated in urban life, to the instrumental logic of modern technology. Sustainable cities need media architectures to embrace the well-being of the natural ecosystem as a whole.” As for now, some media architecture is contributing to a human-centered view on the city. The light-output or noise-effect of some media installations or architecture can be an ugly disturbance of animal life. “We want to explore how media architecture can be nature-inclusive and enable us to live together with all other life forms.”

More Than Human is therefore a new category for the Media Architecture Biennale Awards (MAB Awards), which will be presented on July 2nd as part of the MAB20. An example of media architecture that stimulates all urban life forms is the Smog Free Project of Dutch artist Daan Roosegaarde, says chair of the MAB Awards-jury Gernot Tscherteu, who is also interaction designer and researcher at Realitylab.at. “The main design is the Smog Free Tower, basically a 7-meter-tall smog vacuum cleaner that uses positive ionization technology to filter CO2 from the air. This improves all life forms, from vegetation to animals, human and even aquatic life.” The Smog Free Project was nominated at MAB18 for an award in the category Future Trends & Prototypes.

Smog Free Project is a series of urban innovations led by Daan Roosegaarde to reduce pollution and provide an inspirational experience of a clean future. Apart from the Smog Free Tower, it consists of a Smog Free Ring, made of compressed smog particles. Purchase of the ring consists of a donation of 1000 m3 of clean air to the city. Also, part of the project is a Smog Free Bicycle that functions as a compact and mobile smog tower.

Call For Entries Of MAB Awards Is Still OpenSubmission for the Media Architecture Biennale Awards is open to April 12th, 2021. Projects can be submitted in one or two of the following six categories: Animated Architecture, Branded Architecture, Participatory Architecture, Spatial Media Art, Future Trends and More Than Human. Since the launch of the MAB Awards in 2012, the number of submissions has more than doubled to over a hundred in 2018.

The first of the three criteria for judging the submissions are “innovative in a technical, social or artistic way”, says Ava Fatah gen. Schieck, a jury member, a trained architect, and Associate Professor at the Bartlett School of Architecture, University College London. As an example, she mentions Spaxels, a spectacular quadcopter swarm performance at Ars Electronica in 2016. “It has the wow-factor, but it is also showing new possibilities of moving architecture and choreographed media.”

Spaxels is a formation of quadcopters equipped with a programmable LED system developed by Ars Electronica Futurelab and performed at the Ars Electronica Festival in Linz, Austria. They comprise a swarm that’s able to fly in formation and ‘draw’ dynamic three-dimensional figures in the night sky. Aesthetic forms of expression that were previously possible only on a computer are translated via spaxels into the real world of three-dimensional airspace. It was the winner in the category Future Projects at MAB16.

“A new way media and architecture are integrated” is also a criterion. Fatah gen. Schieck mentions Lotus Dome, another Daan Roosegaarde project (2012, Netherlands). “This dome is made of advanced interactive material. It combines shape and light into a crossover of disciplines and thus offers completely new possibilities for both media and architecture.”

Lotus Dome is a ‘living’ dome made out of hundreds of ultra-light responsive aluminum flowers. When approached, the big silver dome lights up and opens its flowers. Its behavior moves from soft breathing to a more dynamic mood when more people interact with it. The lights slowly follow people, creating an interactive play of light and shadow. It was nominated in the category Spatial Media Art.

Finally, “contributing to the improvement of society” is a leading criterion at the MAB Awards. This quality is distinctively seen in Blinkenlights, an early project of 2001 in Berlin. “By email or phone text people could send personal messages of love or comfort that were pictured on the building, which stimulated social cohesion and interaction. At that time, it was groundbreaking. It’s a classic!”

Blinkenlights consists of 8 floors with 18 windows each, staged by the Chaos Computer Club in Berlin. Behind each window there is a single lamp on a self-made tripod. Each lamp can be switched on or off independently by a control computer. In order to achieve the appropriate self-illuminated effect all windows were painted white. This way letters and symbols like a heart could be lighted up on the building. It was a winner in the category Participatory Architecture.

These three examples also show the constant evolution of media architecture, says jury-chair Tscherteu. “It started with a rudimentary use of buildings as a screen, Blinkenlights, to the integration of new technology to completely new forms of both media and architecture, as with Spaxels. Since 2012 the focus of the Media Architecture Biennale Awards has shifted from the visual and spectacular to the innovative and positive impact of media architecture on society in general and urban life in particular. This makes the expansion of the MAB Awards with the new category More Than Human a logic next step.”

Also Wanted: Prototypes and Work in Progress Also, open for application (until May 8th, 2021) is Demos & Posters, an online exhibition offering artists, architects, designers, researchers and other professionals an opportunity to present early-stage prototypes, more mature work-in-progress or learnings from finished projects. The participants in Demos & Posters can explain and discuss their work during online sessions. Furthermore, Demos & Posters will be documented in the Media Architecture Online archive, a publicly accessible website.

Download the information related to this competition here.
https://www.archdaily.com/959740/media-architecture-awards-introduces-new-category-more-than-human