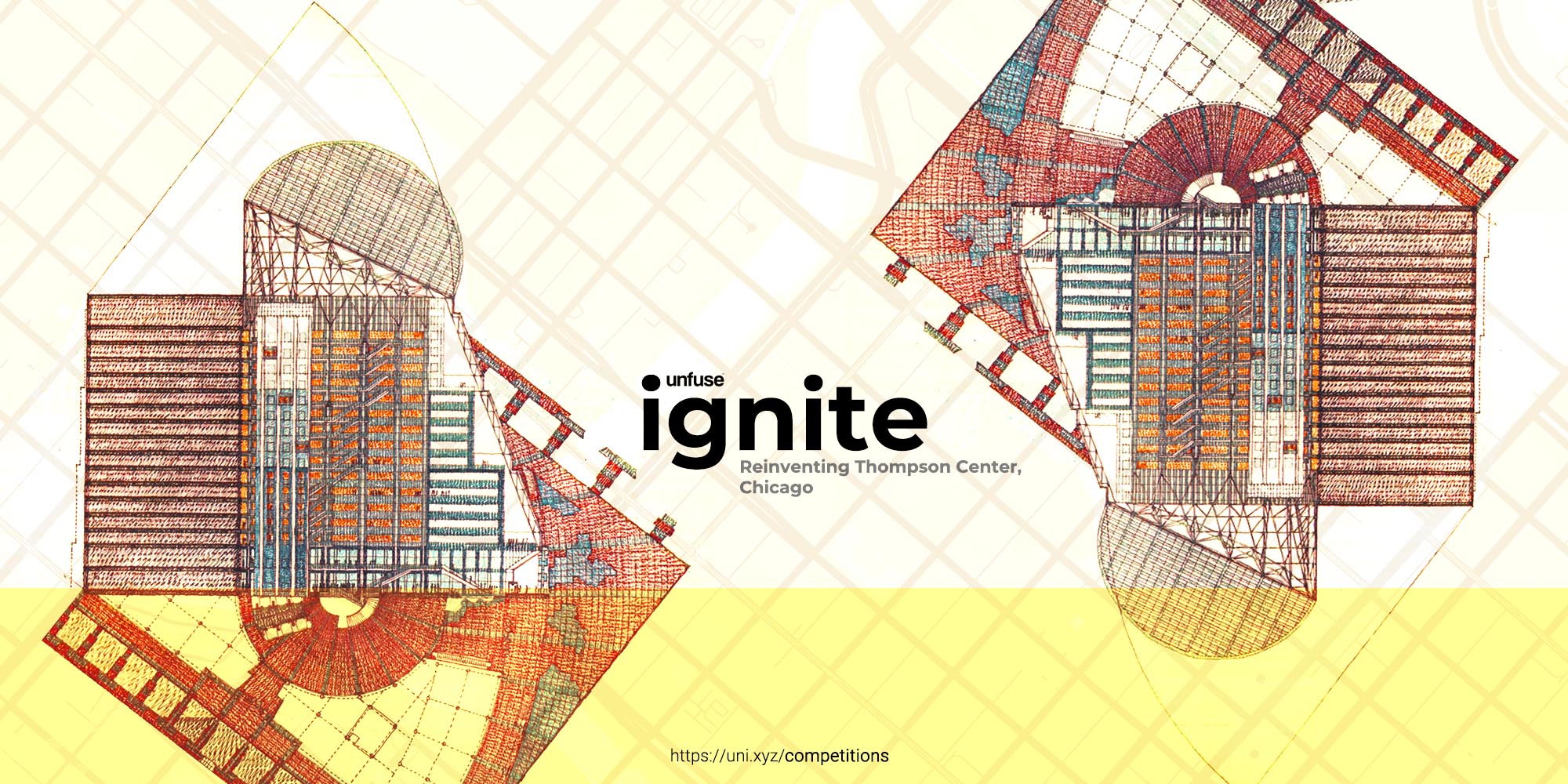 A beautiful idea or evocative image may stir our imagination more than an object, a building, or even an entire city. Yet, it is the materiality that constitutes the great power of architecture, its ability to turn a physical building into a truly transcendental experience.
Let’s think of how to improve buildings that we already have rather than, as often happens, raze them to start new ones from scratch. And when it comes to dealing with recent buildings, yet unprotected by landmark status, there is a lot of freedom as far as how they could be transformed.

One of the most iconic buildings in Chicago, James R. Thompson Center is a case in point. Illinois state government’s decision to sell it for new development puts this 35-year-old gem of late-20th century architecture in great danger.

It is quite clear that the Center’s original ambition to create a truly grand civic space was a mismatch with its limited function from the outset. Occupied primarily by bureaucrats’ offices the building was not accessible to the public after working hours and on weekends. The government’s vision was never idealistic enough and, as a result, was destined to fail due to the building’s high maintenance cost, exacerbated by years of neglect.

The competition participants are asked to develop a new vision for the Thompson center, as a creative hub in the center of Chicago. The existing glass-and-steel structure comprises 1.2 million sq. Ft. Of space and in order to make the new complex feasible, proposed schemes should plan for at least 2.5 million sq. Ft. Of space. Submissions should include a short statement with a breakup of program outlines, plans, key section, and renderings.