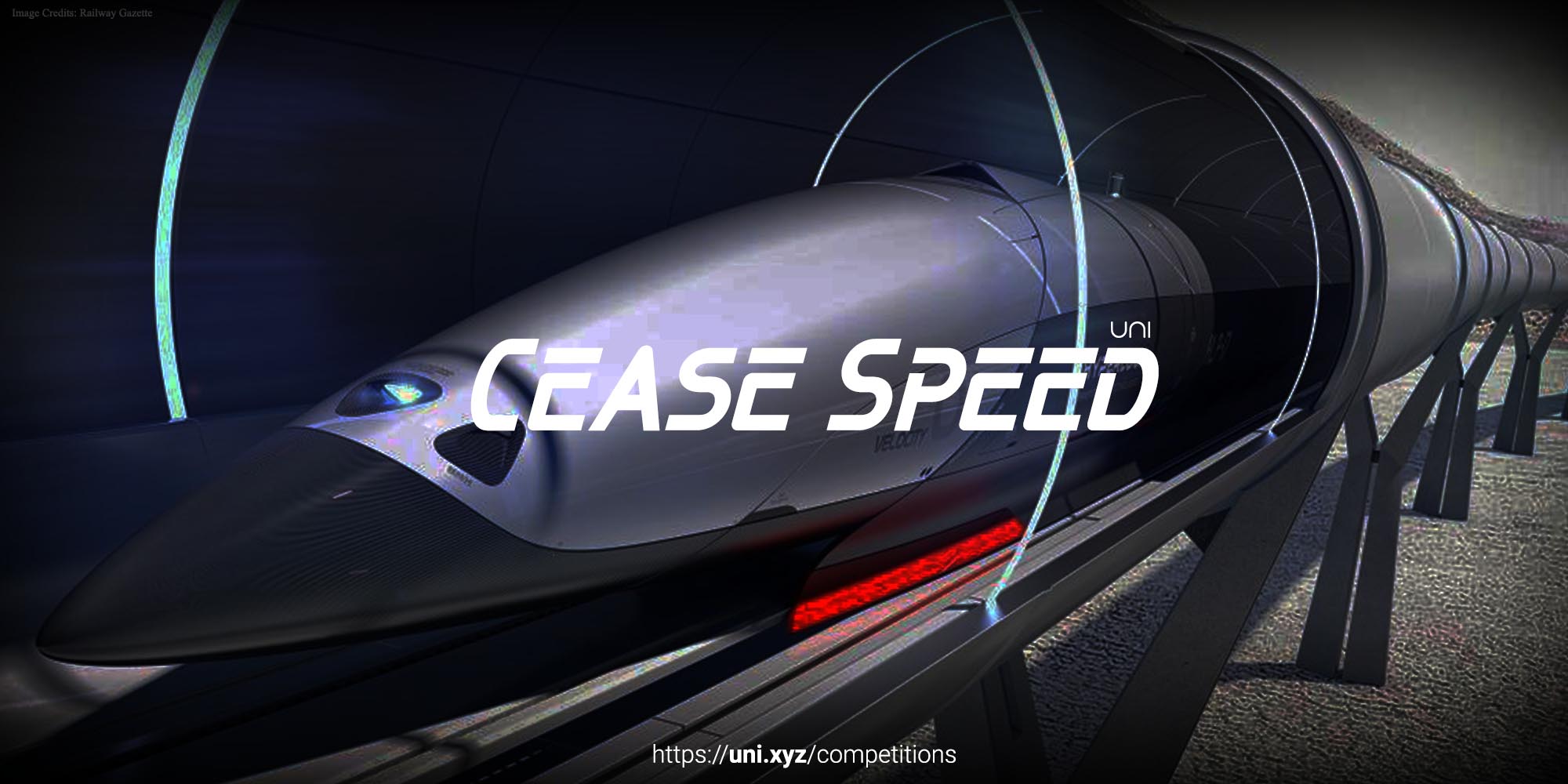 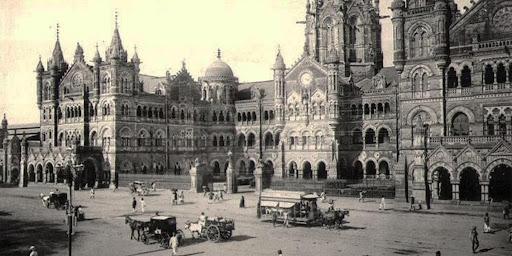 Humans have always attempted to find convenience, to make lives better and easier. Hence we have striven to compress time and space from city to city. With the invention of the steam engine in 1804, railway tracks formed a network that began connecting cities to regions with rich natural resources. Gradually, it became a principal mode of transport for labour and heavy goods.

Over the years, this evolution of transport constantly ran parallel with the evolution of technology. Train transport has changed rapidly from electric locomotives to high-speed rails, and stations from a place to leave to a place to be.

Cities have an impeccable ability to adapt to change. Invention and technological advancement over the years have always affected the way our cities function. The city in turn influences our ambitions and aspirations, which are a driving force for humans to live and work.

Hence, the development of transportation has, is still revolutionizing work, travel and social life. It has established connectivity and collaboration between different regions.

Transportation networks prove to be one of the fundamental tools and an efficient design of a transportation network for a country cannot be overstated. The promise of jobs, prosperity, faster travel and standard of living pulls people to cities. Though this attraction and demand for city life have created problems of overpopulation.

Transport systems all over the world are attempting to keep ahead of their masses and transient technologies are introducing faster means and innovation in travel every year. 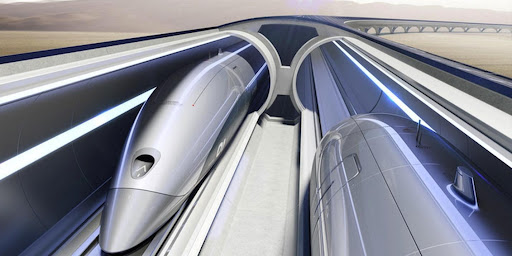 The introduction of innovation that enhances life while taking responsibility for its impact, have worked wonders. In July 2012, several firms unveiled their vision of the new transport system, a ‘Hyperloop’. A system that would never crash and would be immune to weather’s vagaries.

Said to be safer than cars, faster than trains, and less damaging to the environment than aircraft, hyperloop technology is quickly gaining traction.

Noted as the 21st century’s biggest and fastest travel breakthrough, it is challenging all modes of transport in the race against time. It is considered to be the most sustainable form of transport that may reduce carbon emissions of flights by 58 per cent.

Aside from low impact and travel time reduction, the hyperloop is expected to solve the housing crisis. It can enable people to live in suburbs due to fast travel and thus reduce the pressure on cities and people. This technology is supposedly the change we need. 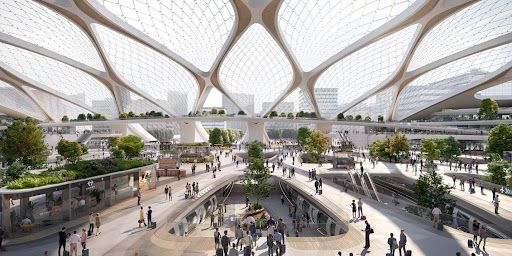 Hyperloop engineering promises to set up supersonic travel. Since 2014, the technology is planned to establish its roots in major cities worldwide. Since then the technology is under test and evolving with time. In 2020, it crossed its first milestone of carrying human passengers in ultra-fast pods, bringing it close to reality. However, the construction complexity of this system is still under resolution, so it may take a few more years for the system to be established.

So, with the technology on its way, how will the nearby future of train travel look like? How will it affect its surroundings? And most importantly, what modifications will the station typology undergo?

Brief: Envision a train station based on the upcoming hyperloop technology. With the transformation of train vehicles into pods and tracks as means to float using magnetic levitation, visualize a hyperloop station and its services.

Integration and Adaptation: How will it adapt to the existing transport infrastructure and public transportation?
Technologies: What are the possible public technologies that will evolve with the hyperloop system?
Form and structure: Reinvent the visual form experience of a train station with the future possibilities in the construction and materials industry.

Spaces: What new spaces can be added to the existing typology?

The station will aim and function as arriving and departure points for the hyperloop pods. The focus is not on the technicality of the hyperloop system/pods but spatial functioning and design conceptualization of the station. 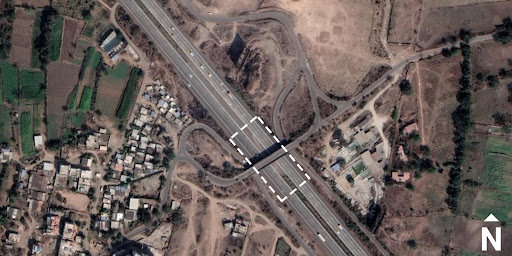 These cities located in the state of Maharashtra often witness a high number of commuters travelling regularly. The distance road or rail is usually 3hours 30 minutes, but it usually exceeds 4-6 hours due to frequent traffic congestion and road blockages on the Mumbai-Pune expressway.

The introduction of the Mumbai-Pune Hyperloop between two cities will be realized in just 25 minutes. Many locations are being discussed for this project, but the initial route decided was between Wakad and the Maharashtra Cricket Association’s Gahunje Stadium along the expressway.

The hyperloop technology is a pod-based transit system. These passenger pods are anticipated to depart from stations every 5 minutes. They are expected to accommodate up to 20 people per trip. 25,000 - 30,000 daily passengers travel between Mumbai and Pune through six intercity trains, participants are to design the station to cater for this amount of passengers on a daily basis.

Participants are free to design the station activities around these dimensions and users mentioned in the outline of the given site map.

Spaces that engage the public while waiting and also which deems profitable for the station- Cafes/Retail Stores/Restaurants/Toilets.

Participants are to adhere to these basics activities for their concept design, they can incorporate their own programme beyond the mentioned spaces.