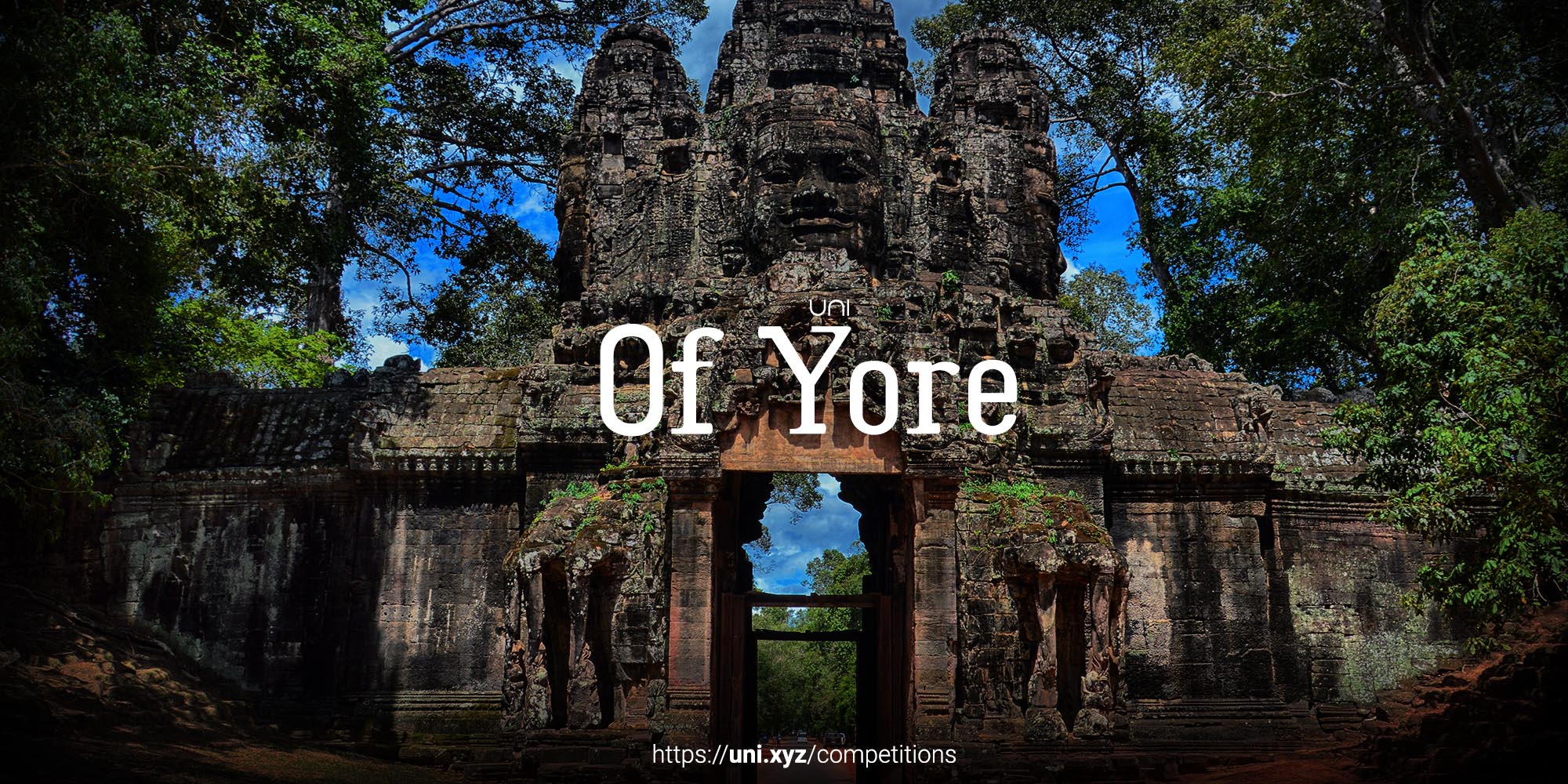 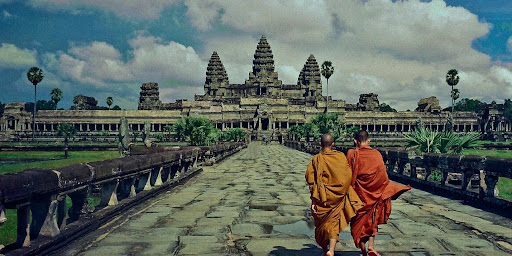 Angkor Wat is a massive temple complex located in northern Cambodia, modern-day Siem Reap. It was visualized and realized by Suryavarman II to serve as the supreme abode for Vishnu.

With climate change, drought and decline in economic conditions the complex experienced a shift towards Buddhism and the name Angkor Wat (monasteries) was formed. It represented the Khmer artistry and dominated the region through its iconic form.

By the 13th century, Angkor Wat was no longer a site of cultural, political, or commercial significance. Although it remained an important monument for the Buddhist religion.

Like many historic sites, it was never truly abandoned. Rather, it fell gradually into disuse and disrepair.

And even though the structure has considerable damage from the Khmer Rouge, its architecture still serves as an important tourist attraction in present-day Cambodia. 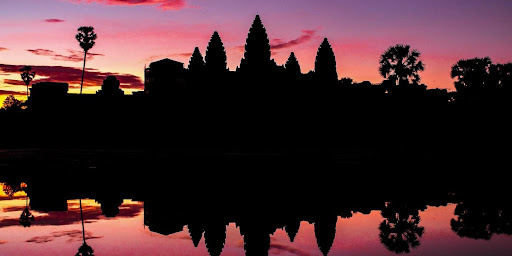 Fig: 2 – Perfect Silhouette of the complex even after a past of destruction (Credits-Florian Hahn)

It was “rediscovered” in the 1840s by the French explorer Henri Mouhot, who compared the site to the grandeur of Greece and Rome. Angkor Wat was one of the dozens of extinct Khmer temples in the Angkor area of Cambodia, but it is the only one that represents the apex of a building tradition that spanned five centuries. It was the largest temple complex at Angkor.

In 2007, using ground-sensing radar a Forensic aerial mapping was conducted 2007. It revealed that Angkor Wat was the epicentre of a sprawling city at least as big as Berlin. With its grid of boulevards, this planned city had been hidden by vegetation for centuries.

Moreover, it was discovered that Khmer cities were connected, so the overall built-up of Angkor seems to be bigger than any city today.

Thus, it’s safe to say that the grandeur and work of Angkor, with Angkor Wat its epicentre, must be the most spectacular sight ever during its active years. 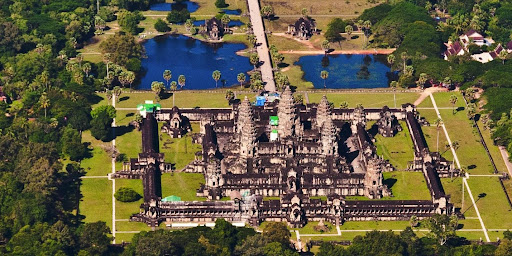 With the help of the mapping system, an elaborate and enormous irrigation system was formed by a team of archaeologists over the years. Many such discoveries of a very well functional city were unearthed. Yet similar to the cities today, the ever-increasing scale of its beautiful infrastructure, may have been its undoing.

Archaeologists believe that Angkor may have overreached itself and ceased to exist as a bustling city over time.

Can we as architects and designers in any way restore its glory? Structural and engineering feats for these structures might be impossible to achieve in today’s context.

But can we in any way reimagine the bustling glory of Angkor Wat and the city sprawling around it?

Investigate: Investigate/Reimagine how the city around Angkor Wat was planned and developed.

Expression: The graphic should effectively communicate its intent and landscape to the viewer.

Visual Language: A distinct visual language to help the illustration stand out.

The above can be a starting point for participants to conceive their design. The designer’s focus should be on devising the design and qualities that are expected from a good graphic design.

The graphic may be entirely hand-drawn and rendered, digitally created or a combination of both. Any of the techniques mentioned below may be utilised to achieve the desired outcome. The more creative the method, the better.

The usage of photographs, stylised/ credited or otherwise, directly is strictly not allowed.

The use of lassoed graphics lifted from an existing image is limited to one-third of the total graphic.