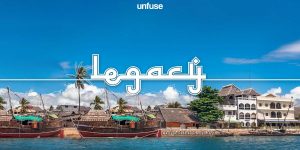 PREMISE
Have you ever heard of the island with borrowed culture? Lamu is a place like no other located in Lamu Archipelago, housing the oldest known Swahili settlement. The island has seen multiple visitors from all of the world, contributing to the refashioned Swahili culture that we see today. The diverse identity can be seen in it’s language, arts, clothing, food and architecture.

It started back in the 14th century, when Arab traders established a seaport on the island to trade ivory, timber and mangroves. They began to settle among the Africans of the coast, resulting in the emergence of a people and culture known as Swahili. Following the scramble for east africa of late 19th century, until most countries abolished slavery as a result the trading activities declined. Lamu created a unique amalgamation of its own over the centuries. Today, the locals cherish and preserve their new and evolved identity.